The Three Yogas, also known as Trimārga, are three paths mentioned in the Bhagavad Gita for the liberation of human spirit. Bhagavad Gita is one of Hinduism´s holy scriptures.

The Three Yogas are:

During the medieval period, several Hindu philosophers tried to explain the nature of the paths and how they related to each other. The three paths are not mutually exclusive in Hinduism, but the relative emphasis on each varies by the individual.

The famous Adi Shankara focused chiefly on jnana-yoga, which he saw as the acquisition of knowledge (vidya). According to him, jnana-yoga was superior to karma-yoga. Adi Shankara was an Indian Vedic scholar active durng the 8th century CE who synthesized Advaita Vedanta teachings.

Another example of a philosopher who tried to explain the Trimārga was Ramanuja, who was active during the 12th century CE. According to him, bhakti-yoga was a direct path to moksha (enlightenment / liberation), but only possible for those who inner faculties had already been trained through both karma-yoga and jnana-yoga. 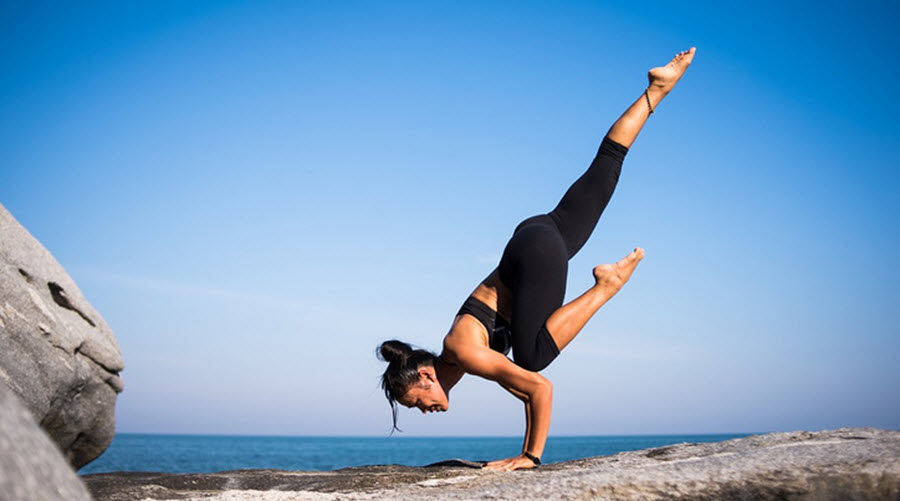 Your work is your responsibility,
not its result.
Never let the fruits of your actions
be your motive.
Nor give in to inaction.

Set firmly in yourself, do your work,
not attached to anything.
Remain evenminded in success,
and in failure.
Evenmindedness is true yoga.

In the scripture Bhagavad Gita, Lord Krishna explains that karma yoga is the spiritual practise of selfless action performed for the benefit of others. It is a path to moksha through work.

It is important to be neutral to rewards or outcomes, as an exclusive attachment to fruits and immediate consequences can compromise dharma (ethical rightful action). According to Stephen Phillips, professor of Asian studies, an important aspect of karma yoga is to downplay one´s own exclusive interests and instead consider the interests of all parties impartially.

To someone on the karma yoga path, right action is a form of prayer. It can be any action, including but not limited to professional actions and actions within the family.

The concept of unselfish, correct and dutiful actions are found in both Hinduism, Buddhism and Jainism, and also in many other religions and faiths worldwide.

Jñāna yoga is a spiritual practise with an emphasis on pursuing knowledge. A practitioner who has chosen this path will typically pursue knowledge with the aid of a guru. Meditation and reflection on the nature of ones eternal self (atman) and its relationship with Brahman is important. Typically, a practitioner will be encouraged to think and speak of themselves in the third person as a way to distance themselves from the Ego and detach their atman from the body.

The Jñāna yoga ideas are expressed and discussed in several ancient and medieval Hindu texts, including Bhagavad Gita and the Upanishads. Jñāna yoga and karma yoga are older than bhakti yoga, and traceable to Vedic era literature.

One early mentioning of bhakti is found in the Shvetashvatara Upanishad where it denotes participation, devotion and love for any endeavor.

The Bhakti movement started in Tamil Nadu (in southern India) around the mid-1st millennium CE, and included notable groups such as the Nayanars (devotees to Shiva) and the Alvars (devotees to Vishnu).

There are branches of bhakti yoga where the devotion is impersonal rather than directed towards a specific deity. This approach is discussed in Swami Prabhavananda´s influential 20th century book Narada´s Way of Divine Love.

In some contexts, a fourth path is added: Raja Yoga or the Path of Meditation (dhyāna-mārga). This is the classical yoga found in the Yoga Sutras of Patanjali, and Patanjali system only later (around the 15th century CE) became known as Raja Yoga instead of just yoga. At that point, the term yoga had come to denote a more general concept of religious path, so there was a need to differentiate.

The presentation of Hindu monotheism divided into four paths was advocated by Swami Vivekanda in the late 1800s and they are included in his book Raja Yoga. There, they are presented at four paths suitable for four different human temperaments: the active, the emotional, the mystic, and philosophical. Swami Vivekanda reached a big audience outside India so his teachings had a big influence on how Hinduism and yoga were perceived abroad. Among other things, Swami Vivekanda toured both Europe and the United States.