In Sanskrit, prana means “vital life force” and yama means “to gain control”. In yoga, pranayama (प्राणायाम) is a type of breath control. The concept, in various ways, exists in both Hinduism and Buddhism.

In Hinduism, pranayama is seen as a method for elevating the prana shakti (life energies). 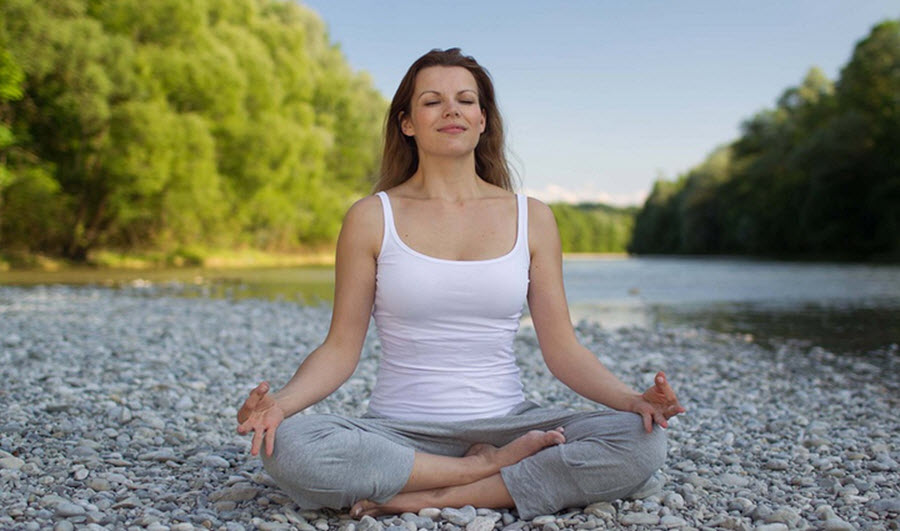 Pranayama in the Bhagavad Gita

In the Hindu sacred text Bhagavad Gita, pranayama is mentioned in verse 4.29.

In the highly influential text Yoga Sutras of Pantajali, pranayama is one of the eight limbs of Ashtanga Yoga. The text discusses an approach to pranayama, and explains benefits of the pracise, but does not go much into detail about the nature of prana.

Since the Yoga Sutras of Pantajali have had a great influence on hatha yoga, there are many hatha yoga practicioners that engage in pranayama, and pranayama is popular even among secular individuals who chiefly do asanas for exercise.

A key text for pranayama in hatha yoga is the Hatha Yoga Pradipika, written down in the 15th century CE. This text outlines several different pranayamas, such as Kumbhaka breath retention and various body locks (Bandha).

Monier Monier-Williams (1819-1899), the second Boden Professor of Sanskrit at Oxford University, wrote about pranayama based on his research in 19th century Asia. (He studied and documented Asian languages, including Sanskrit and Hindustani.) According to Monier-Williams, the compound prāṇāyāma is based on  pūrak, rechak and kumbhak. Pūrak is to inhale deeply, kumbhak is to retain the air inside, and rechak is to exhale the air. (It should be noted that there are other pranayama models than the three-step one that Monier-Williams came in contact with.)

One example of a pranayama technique

In English, this is known as alternative nostril breathing. According to its proponents, it will help calm the nervous system, increase concentration and promote restful sleep. Nadhi Sodhana is also believed to purify the blood by increasing the amount of oxygen taken into the body. Within the yoga tradition, tt is recommended as a method to handle anxiety, nervousness and trouble falling asleep.

A complete cycle will include inhalation and exhalation through both nostrils.

How long should the exhales, inhales and holding be? If you are a beginner, a good starting point is to inhale for four counts, hold your breath for four to eight counts, and then exhale for four counts. Do ten cycles according to his pattern and pay attention to how your body reacts.