Hatha yoga is a branch of yoga, which shares many ideas and doctrines with other well-known forms of yoga, such as the older Patanjali yoga system described in the work Yoga Sutras of Patanjali.

The physical postures known as asanas are emphasized in hatha yoga. As contrast, the Patanjali yoga texts do mention asanas and consider them important, but do not dwell on the various asanas as much as the foundation texts for hatha yoga do. In the 20th century, the asanas of hatha yoga have had a profound influence on the modern concept of yoga as exercise. When yoga classes are offered outside India without any further qualifier, they are typically based on asanas from hatha yoga. 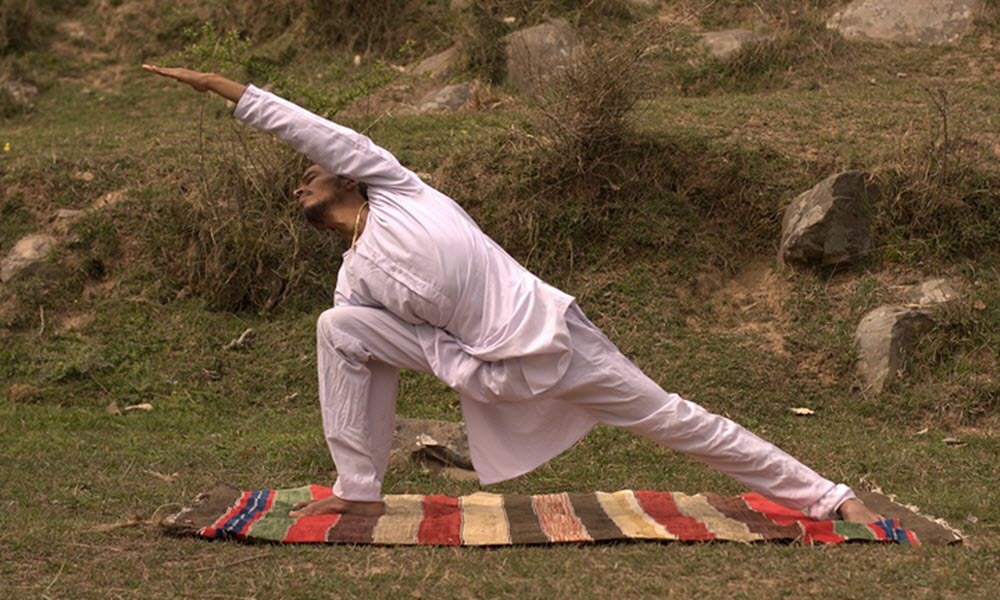 Hatha yoga also emphasizes pranayama, a yogic practice of focusing on breath. Pranayama found in virtually all yoga branches and traditions, but hatha yoga is known to have a comparatively strong emphasis on it. In contrast, the foundation texts for Hatha yoga considers meditation important, but do not dwell much on it compared to the Yoga Sutras of Patanjali.

Mundras are included in Hatha yoga, but not mentioned in the Yoga Sutras of Patanjali.

Some of the hatha yoga style techniques can be traced back at least to the 1st century CE, but seem to have been practised only by ascetics during this era. They are mentioned in the Hindu Itihasa texts and the Theravada Buddhist Pali Canon texts. There is for instance passages in the Pali canon where the Buddha describes pressing the tongue against the palate to control hunger or the mind. There is also the mentioning of the Buddha being in a position where the heel puts pressure on the perineum.

In the Mahāsaccaka sutta (MN 36), the Buddha mentions how physical practices such as various meditations on holding one’s breath did not help him “attain to greater excellence in noble knowledge and insight which transcends the human condition”. After trying such techniques, he sought another path to enlightenment.

The oldest dated text clearly describing hatha yoga in detail is the Amrtasiddhi, which was written in a tantric Buddhist milieu in the 11th century CE. It does not mention the term hatha yoga. Notably, the oldest known texts actually using the term hatha are also Buddhist rather than Hindu.

Many of the most influential of the hatha yogic texts belong to the Nath siddhas, and hatha yoga is therefore, in popular tradition, strongly associated with the Yogis of the Natha Sampradaya, to their traditional founder Matsyendranath, and to his disciple Gorakhnath.

“A democratisation of yoga”

According to the Indologist James Mallinson, the hatha yoga branch enabled a democratization of yoga, as it presented yoga as something that could be practised by anyone. The practitioner did not have to be an ascetic or priest, go through initiation rituals to a special religious order, or similar. Hatha yoga was for anyone, regardless of gender, caste, class, or even creed. This in helped with the spread of hatha yoga on the Indian subcontinent, and later to other parts of the world.

Yoga as exercise, which is today very common outside India, has been greatly influenced by hatha yoga and especially the teachings of Swami Kuvalayananda (1883-1966) and his disciple Tirumalai Krishnamacharya (1888-1989). K. Pattabhi Jois, one of Krishnamacharya´s disciples, helped popularize the vigorous Ashtanga Vinyasa Yoga style.