Ashtanga Vinyasa Yoga is a style of yoga exercise popularized by K. Pattabhi Jois (1915-2009). The style is energetic, and the breath is synchronised with movements. The individual poses (asanas) are linked by flowing movements (vinyasas). 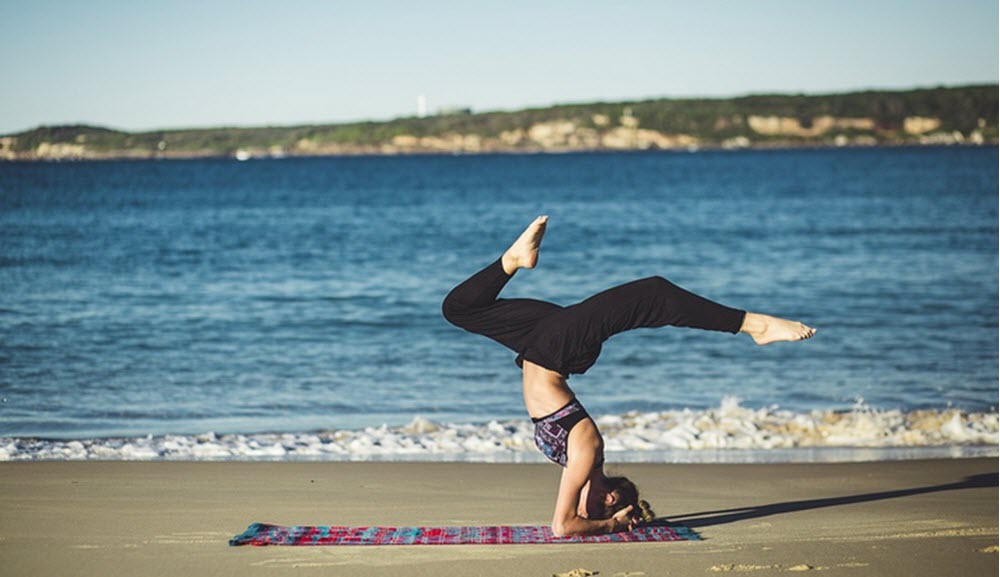 A student of Ashtanga Vinyasa Yoga is expected to memorize a sequence and practise it without being led by the teacher. The teacher will guide the students, and also provide adjustments and assist in postures.

The six series are:

Advanced A, or Third series

Advanced B, or Fourth series

Earlier, there was only four series. Advanced C and Advanced D were added to Ashtanga Vinyasa long after the rest.

An Ashtanga Vinyasa Yoga session is usually started with a Sanskrit invocation to the ancient Indian sage Patanjali.

I bow to the lotus feet of the gurus,
The awakening happiness of one’s own-self revealed,
Beyond better, acting like the jungle physician,
Pacifying delusion, the poison of Samsara.

Taking the form of a man to the shoulders,
Holding a conch, a discus, and a sword,
One thousand heads white,
To Patanjali, I salute.

An Ashtanga Vinyasa Yoga session is usually ended with a chanting of Lokaksema (the mangala mantra).

May all be well with mankind,
May the leaders of the Earth protect in every way by keeping to the right path.
May there be goodness for those who know the Earth to be sacred.
May all the worlds be happy.

Ashtanga Vinyasa Yoga has been criticised for having a comparatively high incidence of injury compared to other mainstream forms of yoga as exercise, and Jois in particular has been criticised for carrying out adjustments that were “overwhelming, producing fear and extreme discomfort in students as they are pushed beyond their physical and psychological comfort zones in often-difficult, even dangerous asana.” (Source:  Singleton, Mark; Byrne, Jean, eds. (2008). Yoga in the Modern World: Contemporary Perspectives (Kindle ed.). Routledge. pp. Kindle Locations 4178–4179. )

An 2009 article published in The Economist even claimed that “a good number of Mr Jois’s students seemed constantly to be limping around with injured knees or backs because they had received his “adjustments”, yanking them into Lotus, the splits or a backbend”.

Injuries related to Ashtanga Vinyasa Yoga have also been discussed in a 2009 article in the Huffington Post. Cahn, Lauren, “Five Words That Do Not Belong in Yoga”, Huffington Post, 3 august 2009.

After his death in 2009, K. Pattabhi Jois was criticised, especially by The Economist who published a scathing obituary that questioned his adherence to the yogic principle of sexual continence. Eventually, students came forward and acknowledged that Jois had systematically sexually abused some of his yoga students – both males and females. This had occurred both in Mysore, India and during his travels to other parts of the world.

Some of the abuse was hidden under the guise of “adjustments” or welcoming and saying goodbye to students.

For some cases of the sexual abuse, there is video and photographic evidence available in addition to victim reports and witness reports.