In India, yoga without clothes has been practised since ancient times. It is for instance mentioned in the 7th-10th century text Bhagavata Purana. In Sanskrit, naked yoga is known as Nagna Yoga or Vivastra Yoga.

It should be noted that in Hinduism and other dharmic religions, yoga is much more than the asanas (body postures) which forms the basis of the “yoga as exercise” trend outside India.

Several branches and sects of the dharmic religions (not just Hinduism) include various concepts of spiritual nudity, such as the Naga Sadhus, Digambara Jains and the Aghori sadhus.

In the 2oth and 21st centuries, the concept of naked yoga has been gaining ground worldwide. Examples of early 2oth century non-Indian proponents of naked yoga are the yogi Blanche de Vries (Perry Baker) and the dancer and yogi Marguerite Agniel – both from the United States. 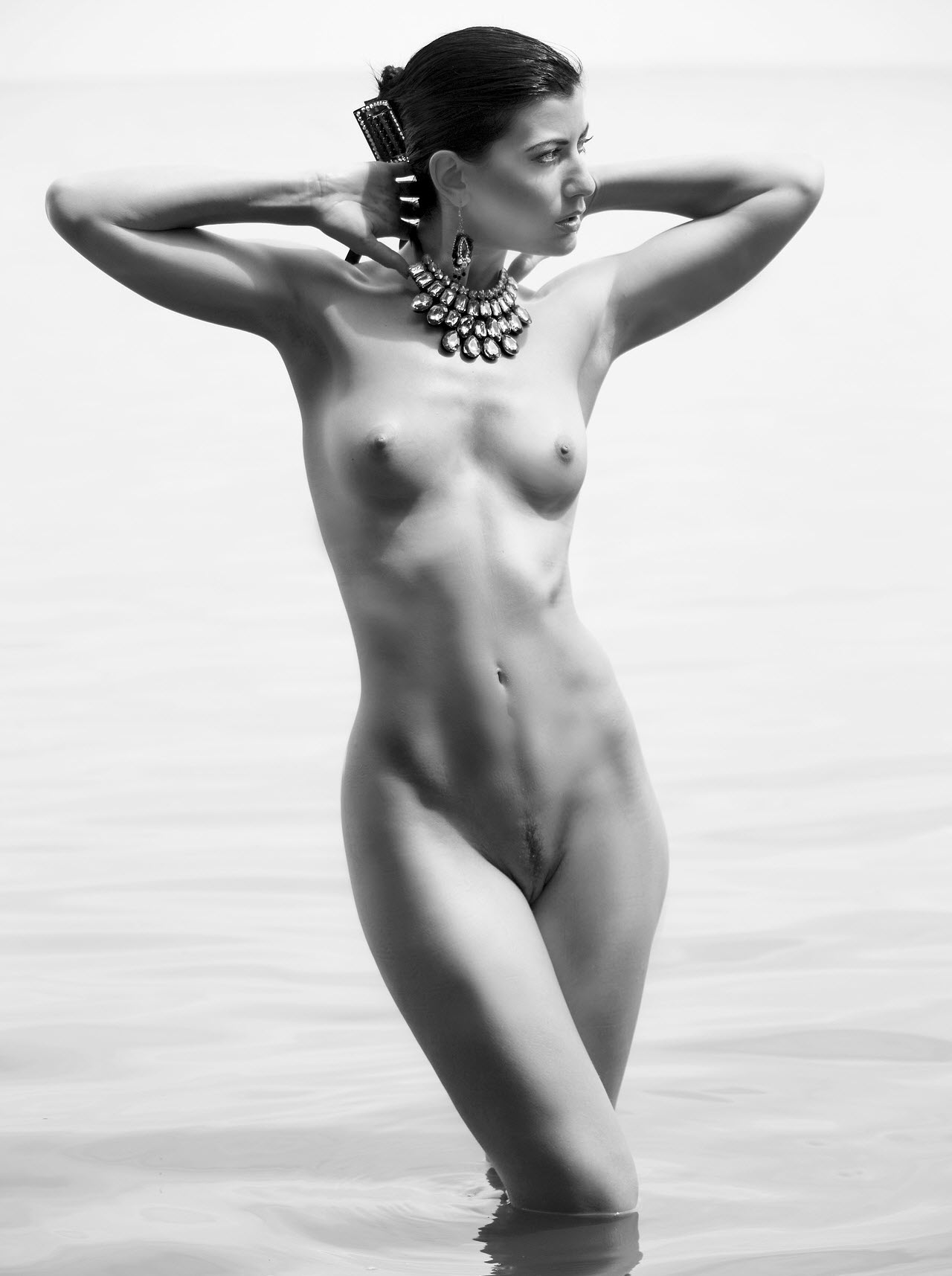 In the Bhagavata Purana

One example of nude yoga is from the sacred text Bhagavata Purana.

”A person in the renounced order of life may try to avoid even a dress to cover himself. If he wears anything at all, it should be only a loincloth, and when there is no necessity, a sannyāsī should not even accept a daṇḍa. A sannyāsī should avoid carrying anything but a daṇḍa and kamaṇḍalu.”

In the Hindu tradition, sannyasa is a form of ascetism that can be practised by men and women during the final stage of life. A sannyasa renounces worldly and materialistic pursuits and dedicate the rest of their life to spiritual growth. An individual in sanyasa is known as a sannyasi (male) or sannyasini (female), as in the quote above.

What is a danda?

Daṇḍa is the Sanskrit word for walking stick.

What is a kamandalu?

It is a type of water pot, usually with a handle. Hindu ascetics typically carry one to store drinking water, and it has become a symbol for a simple and self-contained life.

Madhusūdana Sarasvatī (c.1540–1640) was an Indian philosopher in the Advaita Vedānta tradition. In the 16th century, he organised a group of naked armed sannyasis (warrior-ascetics) in order to protect Hindus from the tyrants of the Mughal Empire. The tradition of naked holy warriors have lived on through the Naga Sadhus, although today most Naga Sadhus practise non-violence. Naga Sadhus bathing naked as a form of ritual purification are a prominent feature during Kumbh Mela, a major pilgrimage and festival celebrated in a cycle of approximately 12 years. The sites for this celebration are four river-bank pilgrimage sites: the Allahabad (Prayagraj) at the confluence of Ganges-Yamuna-Sarasvati, Haridwar (in Ganges), Nashik (in Godavari), and Ujjain (in Shipra).

During the ritual bathing, the Naga Sadhus enter the water in a fixed order. The Juna akhara goes first, followed by the Niranjani and Mahairvanji Akhara. Ramakrishna Math Sevashram enters late in the procession.

Naked yoga has been practised in German-speaking parts of Europe since the late 19th century, when it became a part of the much larger movement Lebensreform. Those active in the Lebensreform movement typically espouses criticism of urbanization and industrialization, while striving for a closer union with nature.

Gymnosophy was a movement practised in Europe and the United States from the late 1800s to the mid-1900s, and involved meditation, ascetism and nudity. One of the proponents was Blanche de Vries (nee Daci Shannon) from Michigan, who combined oriental dancing with yoga. In 1919, she opened a Yoga Gymnosophy Institute in New York City.

Marguerite Agniel was a Broadway actress and dancer who later became involved in the health and beauty industry. Her 1931 book “The Art of the Body: Rhythmic Exercise for Health and Beauty” was one of the first in the English language to combine yoga and nudism. In 1938, she wrote the piece “The Mental Element in Our Physical Well-Being” for The Nudist magazine and it was accompanied by pictures of nude women practising yoga.

The international proliferation of yoga (especially yoga as excercise) in the 21st century has also led to naked yoga becoming more widespread.

One of its proponents is the Canadian Aaron Star, who launched his version of naked yoga training in New York City in the early 00s. His Hot Nude Yoga is a combination of Ashtanga, Kundalini, Contact Yoga, and Tantra. After the success with Hot Nude Yoga in New York City, gender-separated naked yoga sessions became a trend in many other places world-wide. Many of them were male-only sessions associated with male gay communities in big cities.

While male-only naked yoga spearheaded the 21st century naked yoga trend, female-only and co-ed sessions are available too, e.g. At the Bold and Naked studio in New York City.